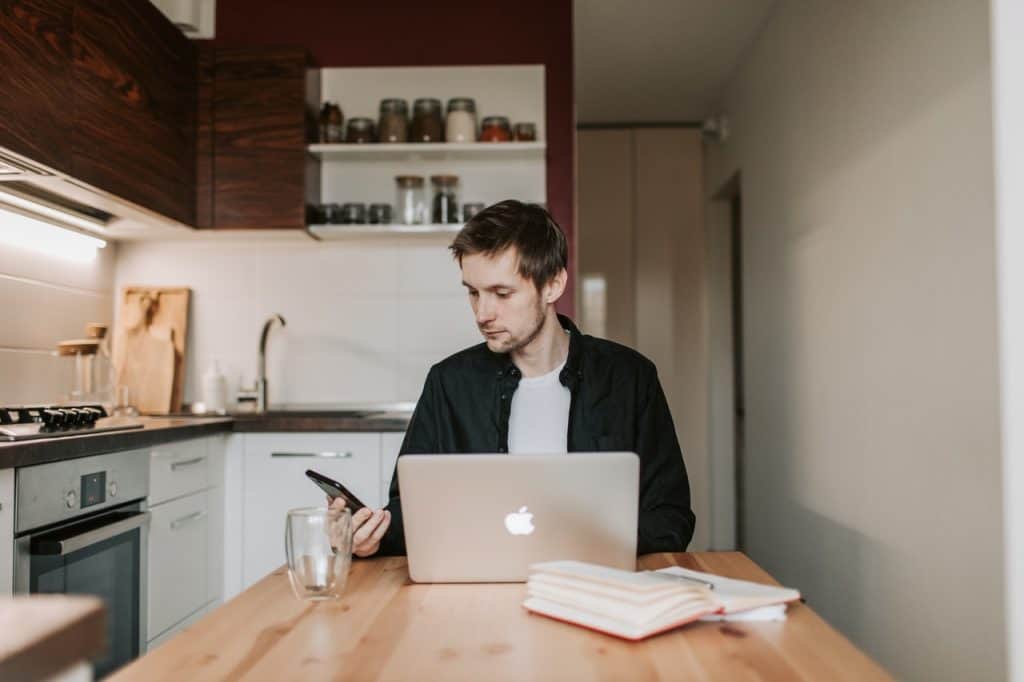 Peter takes the second sip of coffee and looks at his reflection, which is silently looking at him from his monitor. The last hour it had not been very talkative. It would have been great if Peter have had someone to talk to. Someone who could have helped him to make sense of the email he opened and read this morning.

Like many of his colleagues, the project manager often works from home. He appreciates the flexibility to be able to plan the daily routine according to his ideas. The calmness that allows him to fully concndtrate on his work. And the time he can use because he doesn’t spend it in the car on the way to work.

On the other hand there are moments like this: simply frustrating ones, because he does not understand and cannot follow a decision.

While his reflection remains silent, a message pops up on his smartphone. “Do you feel like having a coffee?”

Peter smiles. Erhard, his colleague, with whom he has spent many hours brooding over project plans, may know more.

Not a question: Of course Peter accepts the invitation and meets Erhard one click later in the Breaklounge lobby. Breaklounge is the mobile app that allows the two colleagues to communicate with each other in a relaxed manner, just like in the coffee kitchen.

“I can tell you. The thing about the new project. Actually, I thought we were going to do it very differently.”

“I can imagine,” says Erhard. “Normally we would follow the standard process. But the customer informed us that the person most familiar is absent for a long time due to illness.”

“Oh, I did not know that.” Peter talks standing up, because he is so used to the smartphone and can walk a few steps. This is another weakness of working from home: he sits too long on his desk chair and misses the regular exercise that the trip to the coffee kitchen has provided.

“That’s why we have re-prioritized,” Erhard continues. “Now we’re doing it different. This involves certain risks, but everything has been discussed with the customer.”

A conversation has a very special magic

Peter nods his approval. “Now I understand it all. Maybe an idea that came to my mind from another customer is a good fit. Let’s talk about it tomorrow. I quickly find the documents and notes. I can imagine that this can also help us here.”

Unexpected comes often, Peter thinks, while Unverhofft kommt oft, denkt sich Peter, while he goes back to his desk after his conversation with Erhard. A magic dwells in the personal, informal conversation. The coffee kitchen is a truly magical place where people exchange knowledge, understand contexts – and collaboration is born.